With new regulations, London wants to assert itself on the international financial market

The UK’s financial regulator announced new rules for IPOs in December 2021. The focus is on strengthening initial public offerings that are carried out via the London-based English stock exchange. With the new rules coming into force, London would like to redefine itself on several levels.

As a look at the new regulations shows, London will in future orient itself more towards American models and less towards the previous guidelines of the European Union. This becomes clear, among other things, with the dual share structures in the context of premium listings. In the UK, this approach will be possible for up to five years in the future.

In order to make it easier for entrepreneurs and company founders to choose London as a stock exchange, the new rules will also give them a say. Up until now, the extended control was primarily known from the USA. For this reason, London not only adapts to Wall Street in New York, but also creates an incentive for European entrepreneurs to find the same conditions in Europe.

The competition to the comparable regulations of the American stock exchange is not the focus for Great Britain. The primary reason for the procedure is to be found in direct competition with Europe or, more precisely, the European Union. By leaving the EU, Great Britain is no longer bound by the requirements. This also includes being able to regulate the financial market and the stock exchange independently.

After the Brexit election, there was great uncertainty within the stock market not only in the days that followed, but for months. Due to the lengthy negotiations with the EU, London only played a subordinate role for numerous companies in the planning of an IPO. With changing conditions, Great Britain wants to reposition itself and gain renewed attractiveness as a trading center.

Another measure that has been taken to this end is changes to the minimum free float. Its amount has been reduced from 25 to 10% for the London Stock Exchange. Additional changes have been made with regard to the minimum size of listings. In the standard as well as in the premium range, 30 million pounds may apply as a limit.

The signals from Great Britain are very clearly pointing to a fresh start. In this context, however, it remains to be seen whether the innovations really turn out to be well thought out. So far, possible users of these new regulations have reacted rather cautiously to the innovations. Only in the coming months and years will it become clear to what extent London will once again become a star in the stock market sky. 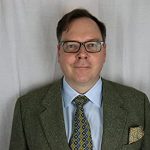 Ingo Noack is german journalist based in Berlin. He writes on Interational and European Affairs with particular focus on UK-German and Brexit related topics. He is also CEO of Real Estate Company, Owner Ghostwriter Agentur Berlin, business consultant

How to completely escape the daily rat race? 3 tips

UK: Interest rates are anticipated to increase yet again

US: The stocks fall the worst in the first-half in over 50 years