Around 80 people, including the diplomats' families, flew out of Stansted Airport near London on Tuesday to the Russian capital. Reuters video showed a small crowd gathered outside the Russian embassy, hugging and waving goodbye to others boarding vehicles with diplomatic plates. They were later filmed boarding a Russian Air Force plane, bid farewell by Russian Ambassador to the United Kingdom Alexander Yakovenko."Unfortunately it is very sad that the British government decided to behave like that, to treat us like that," Yakovenko said from the tarmac, adding that it was a "violation of international law."Russia and the UK have been embroiled in a bitter diplomatic row since Russian former double agent Sergei Skripal, 66, and his daughter, 33-year-old Yulia Skripal, were poisoned in the English cathedral city of Salisbury on March 4. 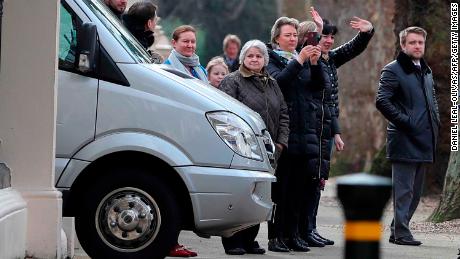 The pair remain critically ill in the hospital. A British police officer also fell ill from exposure to the substance, which British officials believe was the military-grade nerve agent Novichok."Of course it is a bit upsetting that this happened, that politics has reached such silliness," one staff member said before boarding the plane. "But we are leaving this country with light hearts as we are returning home."

UK Prime Minister Theresa May has accused Russia of orchestrating the attack, and Russian officials have repeatedly denied carrying out the poisoning. Russian President Vladimir Putin described the accusations as "delirium" on Sunday, in comments after winning another six years as president.Experts from the Organization for the Prohibition of Chemical Weapons have arrived in the UK to investigate the use of the substance, on May's invitation. UK Foreign Secretary Boris Johnson said Sunday that Britain had information showing Russia was "producing and stockpiling quantities of Novichok," in violation of the Chemical Weapons Convention. 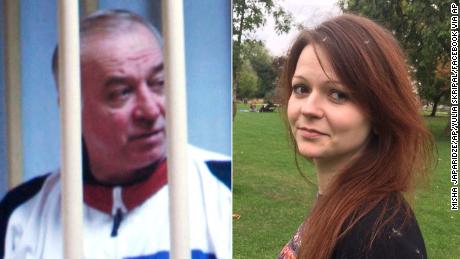 He said in Brussels, Belgium, on Monday that the Russian denials were growing "increasingly absurd.""One time they say that they never made Novichok, another time they say they did make Novichok but all the stocks have been destroyed," he said at a NATO meeting."I think what people can see is that this is a classic Russian strategy of trying to conceal the needle of truth in a haystack of lies and obfuscation."Russia's foreign ministry has retaliated by ordering 23 British diplomats to leave the country as well. The ministry also declared it was closing the British Consulate in St. Petersburg as well as the British Council, a cultural institute with artistic, language and educational programs. 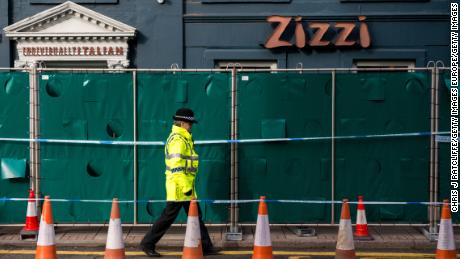 Russian Sen. Igor Morozov, a veteran of the Russian Service of External Intelligence, said the British Council was being used as a cover for UK intelligence agencies, state-run RIA Novosti news agency reported. The British Council said it was "profoundly disappointed" by Moscow's decision to order its closure.London's Metropolitan Police is also investigating the death of Russian businessman Nikolai Glushkov, who was found dead last week in his London home. They are now treating the case as murder.A post-mortem exam on the Russian exile, who had links to compatriots who died in mysterious circumstances in the UK, "gave the cause of death as compression to the neck," a police statement said. There's no evidence at this stage that his death and the attack on the Skripals are linked, it said.