How to solve Europes obesity problem

Life expectancy in Europe is steadily increasing. But the World Health Organization warns that progress risks backsliding amid growing rates of obesity, smoking and alcohol consumption. Heart disease and cancer are the leading causes of death among people living in the EU.

POLITICO asked nine health care experts if Europe is suffering a crisis of lifestyle diseases and if so, what should the next wave of policymakers in Brussels do about it?

Ilona Kickbusch is director of the Global Health Centre at the Graduate Institute Geneva.

Life expectancy is not increasing everywhere in Europe, and not steadily. Most high-income EU countries saw a drop in life expectancy around 2015, and while many nations have since got back on track, the United Kingdom is seeing continued decline.

What unites the countries that do best? Low health inequalities, strong health systems, good quality of life for the elderly and good treatment of chronic diseases. Above all, they have strong public health measures to address tobacco, obesity and alcohol.

And finally, they must tackle the commercial determinants of health head on. In our consumer-driven society, people dont suffer from lifestyle diseases but from an onslaught of products, marketing and environments that endanger health. The tobacco industry spends €5 million on lobbying in Brussels every year to influence policies, ranging from tobacco regulations to trade deals. Policymakers should reduce the influence corporate lobby groups have in EU decision-making and get serious about putting health first.

Give responsibility to individuals

The measures that the World Health Organization suggests to tackle diseases caused by malnutrition, tobacco or alcohol are not only contrary to consumer choice, they also do not achieve their objectives.

Excessive price increases and branding bans have fostered the flow of fake products into the EU. Trying to over-tax products so that demand slows is regressive. It also fuels illicit trade, a trend very noticeable with tobacco and increasingly a problem with alcohol. A study commissioned by tobacco companies showed illicit tobacco trade from Algeria to France has increased 300 percent since 2012.

As for nutrition-related diseases, calorie intake is declining but so is physical activity. Lawmakers should help educators promote physical activity instead of banning products and restricting choices. Measures such as the Danish “fat tax” have shown adverse effects, with consumers keeping the same calorie intake but downgrading to cheaper products with poorer nutritional value.

Nobody is denying that some lifestyle choices are unhealthy, but giving responsibility to individuals will tackle problems like obesity much more effectively than failed government policies.

Aseem Malhotra is honorary consultant cardiologist at the Lister Hospital in the U.K. and a trustee at the Kings Fund.

Life expectancy may be increasing in some parts of Europe but every country is seeing a rising burden of chronic disease. This predominantly relates to poor lifestyle and overconsumption of ultra-processed food, but this is not an issue of personal responsibility. Its a result of a systematic failure by policymakers to protect people from the excesses and manipulations of the junk food industry.

The EUs next leaders need to ban the sale of junk food in hospitals and close to schools; make unhealthy food less affordable through taxation; and launch public health campaigns that are backed by the media. Those policies worked to slash cigarette consumption and would have a profound and rapid impact on reducing diet-related diseases too.

But Europes crisis of lifestyle disease is also a result of endemic corruption within the health care industry. Medical guidelines on prescription drugs have been bought out by the pharmaceutical industry (aided and abetted by influential academics), resulting in an overmedicated population now experiencing the detrimental side-effects of medications.

The EU needs to completely overhaul the regulatory system that allows industry-sponsored data to have such a huge influence on prescribing practices. Honest doctors can no longer practice honest medicine because were having to make decisions based on biased and corrupted information — leading to bad outcomes for our patients.

Shifting the onus to prevention and healthy living

A new era of healthcare is emerging — one in which people increasingly take ownership of their health. Ongoing digitalization is reshaping the way people use healthcare services: with the world increasingly at their fingertips, people expect choice, convenience and control — changing them from passive healthcare recipients to active information-and value-seeking citizens.

We should support people to live healthy and enable them to manage their own health, shifting the onus from diagnosis and treatment to prevention and healthy living. In Germany, more than half of the population is overweight, nearly a quarter obese. Obesity is still growing and although the German government has already started initiatives to improve food choices, we can do more. Philips is partnering up with healthcare providers to develop solutions too. Cooperation is key, we are already working with hospitals to provide the technology combined with their clinical expertise to stay in permanent contact with patients suffering heart diseases.

Technology could help in addressing healthcare challenges — strong informatics, population health platforms and integrated data management can empower people to take ownership of their own health. We need collaborative action of both the EU and its member countries. We call for policy-makers to encourage countries to invest more in prevention, and together with the new Commission and Parliament we need to continue strengthening the Digital Single Market and support new trends in digital health by facilitating responsible harvesting, sharing and use of personal data.

We are undoubtedly facing a crisis. Almost 30 percent of the worlds population is overweight or obese. If diabetes were a country, it would be the third largest in the world — with around 415 million inhabitants.

What ties non-communicable diseases together is our understanding that they arise not from some uncontrollable external factor, like a virus, but from an individuals (perceived) failure to lead a healthy life or control their unhealthy behaviors. That judgment, blame and stigma benefits no one. 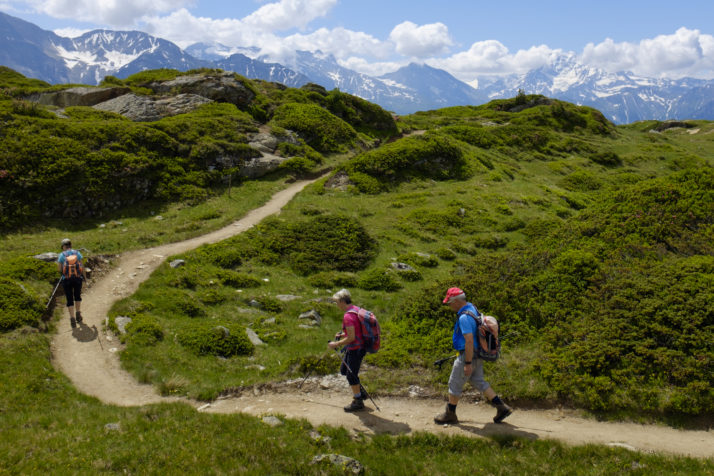 Focusing on lifestyle diseases as a purely biomedical issue is futile. Huge investments in research and implementing new treatments has done little to limit the huge rise.

Improvements will only come if we collectively take responsibility for the social and cultural factors that drive the behaviors of individuals and limit what they can actually change in their lives. If you are a day labourer with no job security you will always choose high-energy fast foods, because you cant afford to miss a days work. If you are an unemployed HIV-positive single mother living in an unsafe neighborhood or a food desert, diabetes is bottom of your list of concerns even though its complications are what you could die from.

A big starting point would be for the EU to commit to a Health in All Policies framework, taking into account health in policymaking across all subjects. The bloc also needs a paradigm shift in how we support care beyond the doctors clinic or hospital.

Reformulation and portion control have been shown to be the most cost-effective ways to drive healthier diets, and zero or low-calorie versions now represent 24 percent of soft drinks sales across Europe. Soft drinks companies have committed to reformulation and new product development, and to changing sales and marketing policies. They stopped offering products for sale in primary schools across the EU in 2006.

The next wave of policymakers in Brussels needs to continue that momentum toward sugar and calorie reduction, including by removing regulatory hurdles that limit improvements such as the stipulation that sweeteners can only be used in foods that contain 30 percent less calories. They need to support self-regulatory initiatives by industry, which can deliver quick results in reducing calorie and sugar intake, particularly in schools.

Above all, they must defend a fact-based approach to regulation and policymaking.

Susanne Løgstrup is director of the European Heart Network.

Labeling a disease a lifestyle disease implies that individuals are to blame for their illness because of bad choices. In Europe, cardiovascular disease causes 3.9 million deaths every year; in the EU alone almost 49 million live with the disease. Its an epidemic, not a lifestyle disease.

The next wave of policymakers in Brussels must focus on the societal drivers of the disease, not individual behavior — and there is no shortage of policy areas through which they could act.

Social Democrats in front as Finland heads to the polls