The stage is set for a confrontation between an unabashedly bellicose United States and an equally defiant Iran. It may all be, as some analysts have suggested, a "game of chicken," but this sort of "game" also can result in a head-on collision. All the ingredients are in place for a confrontation that could be the most significant outbreak of warfare since the 2003 US-led invasion of Iraq, with some of the same players leading the charge.The likely architect of this high-risk approach is US National Security Adviser John Bolton, a hawk's hawk who has no regrets about cheerleading Washington's 2003 Iraq catastrophe, and seems equally determined to take his country to the brink with Iran.This is a man who has long consorted with the cultish Mujahadeen-e-Khalq Iranian opposition group (until 2012 on the State Department list of foreign terrorist organizations), and who in 2015 wrote an op-ed in the New York Times entitled, "To Stop Iran's Bomb, Bomb Iran."Bolton is also a great admirer of Israeli Prime Minister Benjamin Netanyahu, who has for years urged the US to take a harder line on Iran, and who has found a very compliant audience in the Oval Office.The "intelligence" that prompted Bolton to issue his statement on the deployment of the American aircraft carrier group led by the USS Abraham Lincoln reportedly came from Israeli National Security Adviser Meir Ben Shabbat, who met his US counterpart in Washington last month. US Secretary of State Mike Pompeo, who had made an unannounced visit to Baghdad, is equally belligerent on Iran.It's all a big echo chamber in which the Trump administration hears only what it wants to hear.

Iran is not Saddam Hussein's Iraq

But there are a few points they might want to consider:Until Wednesday's announcement out of Tehran, Iran had continued to comply with the JCPOA — as the nuclear deal is known — according to the most recent assessment this February by the International Atomic Energy Agency.It was the United States, not Iran, that unilaterally pulled out of the agreement a year ago, much to the consternation of the other signatories to the agreement — the UK, France, Germany, Russia and China.While the US might seize on Iran's decision to stop complying with parts of the JCPOA as proof the agreement is dead, it was Washington, not Tehran, that started the process of killing it. 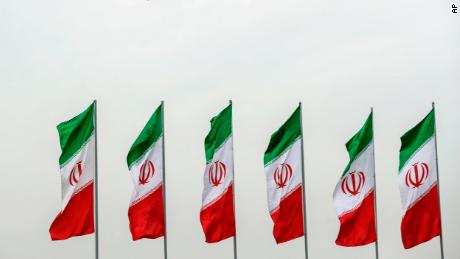 Since last year, the US has ratcheted up sanctions on Iran, making it ever more difficult for Tehran to sell its oil. This has caused the value of the country's currency, the rial, to plummet, and made it ever more difficult for ordinary Iranians to scrape by. Furthermore, Iran is not Saddam Hussein's Iraq, which by 2003 was, militarily, a shadow of its former self. Iran is a regional superpower, a country of more than 80 million souls, which despite decades of sanctions, has managed to develop a significant industrial and scientific infrastructure and has bolstered its influence throughout the region by backing its allies in Iraq, Syria, Lebanon and, to more limited extent, Yemen.This White House, however, sees Iran as a destabilizing force in the Middle East and a mortal threat to US troops stationed there. Last month, the Trump administration designated Iran's Revolutionary Guards as a foreign terrorist organization — the first time the label had ever been slapped on a part of another country's government.The Iranian military is no match for the United States. According to Atlantic Council nonresident fellow Holly Dagres, Iran's fleet of US-supplied F-14s dates back to the Shah's time. Its army "is mostly made up of poorly trained conscripts," and its "ballistic missiles are mainly copies of NRead More – Source

Best of the Rest XI: Premier League’s top performers outside of the Big Six