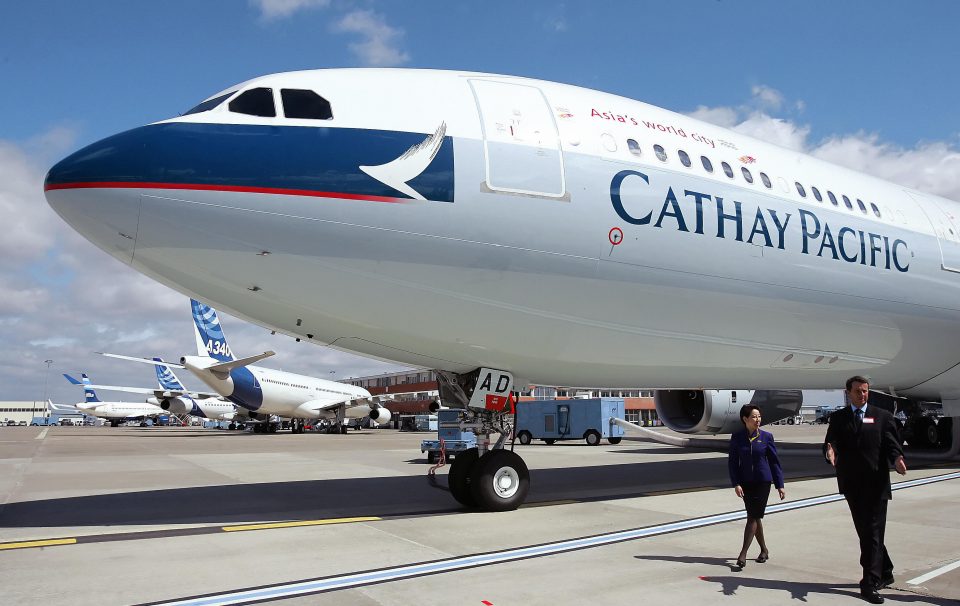 The operator took the decision after telling staff on Saturday it would bar any “overly radical” employees from crewing flights to the mainland and said it had removed a pilot who was arrested at protests last week from active duty.

Cathay was acting on the demands of Chinas aviation regulator, which has pressured the firm to suspend staff involved in the protests which have raged for 10 weeks.

Last week, Cathay chairman John Slosar told a press conference: “We certainly wouldnt dream of telling [employees] what they have to think about something. Theyre all adults, theyre all service professionals. We respect them greatly.”

But since then, the regulator has come down hard on the airline. The crackdown was the latest indication that Beijing is willing to exert pressure on big businesses in the city to choose between angering their Hong Kong-based employees and protesters, or the government in mainland China.

The Financial Times reported that two airport staff had been suspended.

On Friday night, the Civil Aviation Administration of China (CAA) said that Cathay crew who have engaged in the protests pose a threat to aviation safety in mainland China, according to a statement on its website.

The aviation authority ordered Cathay to provide identification information for its crew on mainland-bound flights.

Crew members that have not gained the authoritys approval will not be allowed into its airspace, including on flights bound for other destinations.

The airline has also been orRead More – Source