Russians fill the void left by US troops in Syria

The Russian units are patrolling a contact line between Syrian and Turkish forces, according to a statement Tuesday by Russia's Defense Ministry. The line runs along the northwestern borders of the Manbij district.After Turkey launched a long-threatened offensive across the border into Kurdish-controlled northeastern Syria last week, local Syrian Kurdish leaders struck a deal with Syria's government in Damascus to enforce the border. Now Russia is standing behind the Syrian troops deployed to the region. On Tuesday, Russia's presidential envoy on Syria, Alexander Lavrentiev, told state news agency TASS on Tuesday that Moscow "won't allow" clashes between Turkish and Syrian forces on the ground. Turkey has said its aim is to clear "terrorists" from the area and install Syrian refugees that have been sheltering on the Turkish side of the border.

Already the strongest foreign power operating in Syria, the Kremlin's influence will likely grow following the US withdrawal, with Russian troops filling the void left by the Americans. Russia is a key ally of embattled Syrian President Bashar al-Assad, and played a crucial role in helping the Syrian military all but defeat an insurgency to unseat al-Assad. According to the Russian Defense Ministry, Syrian government forces have taken control of two areas in northern Syria on Tuesday — more than 1,000 square kilometers around the town of Manbij and an area in Raqqa around the town of Tabqa. 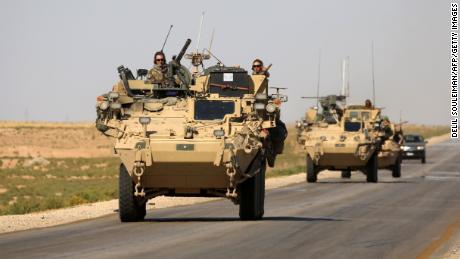 Russia also brokered the initial talks between the Kurds and the Syrian government, which took place on Russia's Hmeimim airbase among other places, Lavrentiev confirmed on Tuesday.

Last week's Turkish attack came just days after US President Donald Trump decided to reposition a small contingent of about 50 US troops away from the border area — an act criticized by many, including US Republicans and military personnel, as clearing the way for Turkey. The Kurds have been valuable allies to the URead More – Source

Putin invites Erdogan to Russia as Turkey advances in Syria

Erdogan adviser: ‘France and those supporting Haftar are on wrong side of Libyan…