For Iraq’s protesters, the humble tuk-tuk has become a symbol of their street-level uprising

She was five when Saddam Hussein's government was toppled in Iraq and the world watched as American troops and Iraqi civilians dragged his statues to the ground. Since then, she's known nothing but sectarian conflict, war against the US-led occupation, more war against ISIS, crime, insecurity and religious intolerance.A part-time artist and full-time English translation student, she's joined tens of thousands of other demonstrators who've taken to the streets across central and southern Iraq in protests against a government that has, in their view, utterly failed them.I'm "not particularly religious," Ali cautiously admits. Warming to the idea that she can, here, among fellow protesters, indulge in a little modern heresy, she goes on: "The religious should not be present in politics — they should stay on the side."At 21, she wears the hijab just so she won't get hassled for not covering her hair.Her mural, when it's finished, will celebrate the humble tuk-tuk, the three wheeled scooter that is Iraq's most humble form of transport and has come to represent the uprising against a political and religious polity that many Iraqis, like Amnah, are simply sick of."We just want what other people like us should want and have. Not a country ruled by religious parties and foreigners who do nothing for the people."

The people are ferried to the demonstration at Tahrir Square in a chaotic flow of red and yellow smoke-burping tuk-tuks. They carry young Iraqis, who form the backbone of this latest convulsion in the country's history. 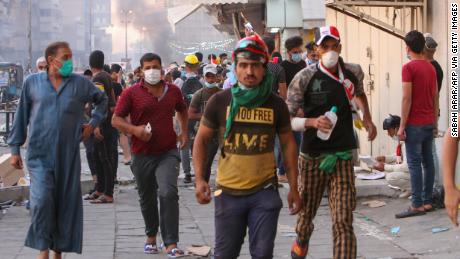 They're also bringing increasing numbers of their parents and older relatives. Some have started to bring their schoolchildren along to witness what may be the beginning of something they can vest hope in."I'm here with my auntie and cousin," says Amnah. Her mural will show how even aliens have heard about the "super tuk-tuk" and the "tuk-tuk revolution" and try to abduct one.Nearby, Shadad, a pharmacist, is watching. She's married to a doctor, she has her own business and from a material perspective she's "perfectly well off," she says."But I want a country I can be proud of — not one that is corrupt and ruled by outsiders and politicians who just want to put money in their pockets." 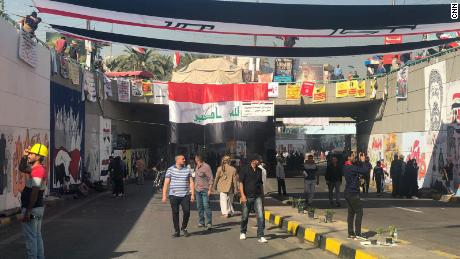 Prime Minister Adel Abdul Mahdi has promised vague political reforms. He's a Shiite who spent many years in exile in Iran, a Shia theocracy. The Iranian consulate was almost burned down recently by demonstrators in Karbala, a center of Shia worship, in a sign that the old sectarian bonds that extended from Baghdad to Tehran are being snapped by the very people whose support had hitherto been taken as a given — ordinary people. Especially the Shia. 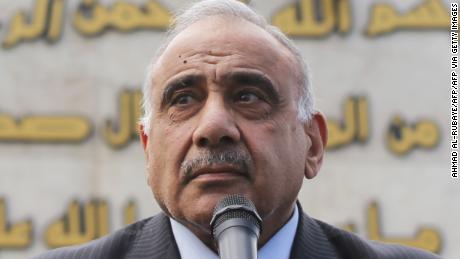 Until now, edicts from men such as Ali al-Sistani, the leading Shia cleric in Iraq, would have been immediately obeyed. Not long ago, he could have ordered the Shia off the streets and many, perhaps most, would have listened.Now, all he has been able to do is appeal for calm, and repeat a trope peddled by the Iraqi government that the demonstrations are the result of covert agitation by a covert foreign power.A leading theologian, he's also politically astute. He has hedged support among the population by blaming the government for the many recent deaths.

Protesters persist despite the violence

Walid, a tuk-tuk driver, is Shia. He said he's been at the center of the demonstrations since the very beginning. He comes from the predominantly Shia and impoverished Baghdad area called Sadr City.Once a ready source of recruits to Shia militia fighting against Sunnis in the mid 2000, and against ISIS more recently, the suburb now contributes huge numbers to the anti-sectarian crowds thronging Tahrir Square.The former park area at the center of the square is now a tent town. Medical teams are housed in marquees at its entrance so they can deal quickly with wounded people from clashes. Deeper in, people lounge about, recovering from clashes that often intensify at night. 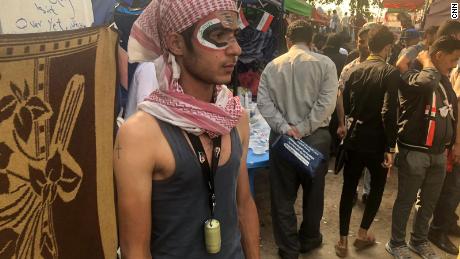 Walid has evacuated dead and wounded from Jumhuriya Bridge, where protesters have been trying to storm into the government's secure Green Zone, which houses most embassies, the Parliament, and the Prime Minister's residence.Blast walls of T-shaped concrete now block the bridge. Police and soldiers man the government barricades. They're carrying rifles. CNN has also seen snipers crossing Jumhuriya Bridge at dusk and melting into the landscape around it.Walid's been busy lately.Among the deadly weapons he's faced are tear gas grenades. If fired at the head, they can kill.In one medical tent, CNN was shown video taken by a volunteer worker named Akil. It showed a young man hit in the head with a tear gas grenade that penetrated his skull. A plume of tear gas emanated from the hole it punched as the man writhed on the ground. Medics struggled to treat him, gasping and gagging on the gas gushing from his head.Walid has two spent tear gas grenades on his dashboard. He says they both were fired into his tuk-tuk during clashes. Other demonstrators wear then around their necks as trophies."Look at the protesters. They're all peaceful and holding the Iraqi flag. Our demands are clear: We want a nation, we want our country back, because our nation is lost. The governments haven't done anything and it's been 16 years. No investments, no industries. Nothing good," he says, while ferrying CNN through Tahrir Square closer to the government security lines. 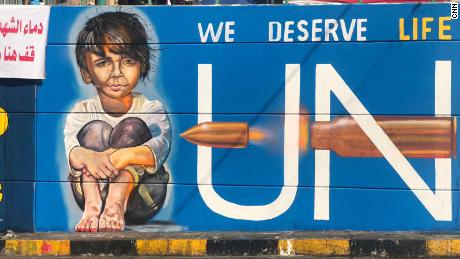 Is climate change to blame for Australia’s bushfires?