According To Johns Hopkins University – One of America’s Most Prestigious Research Universities – More than 240 Million COVID-19 Cases have been reported. COVID-19 has now claimed nearly 5 million lives since its initial outbreak in late 2019.

Here is an overview of what’s going on currently:

Russia has now surpassed 1,000 covid-related deaths daily. With over 33,000 new confirmed cases, citizens are still hesitant to get vaccinated. COVID-19 infections now exceed 5% of the population! The government has tried to combat this with lotteries and other incentives but the numbers have yet to improve with only 43% of Russians being fully vaccinated.

Russia’s approach to addressing COVID has been to focus on post-infection therapy that has no scientific standing. Several of Russia’s regions have implemented restrictions at public events, restaurants, and other public venues – However, St. Petersburg and Moscow aren’t one of them.

Despite the outrageous number of cases the Kremlin (Soviet Government) refused to reinstate a country-wide lockdown like the one introduced by President Putin at the beginning of the Pandemic. Mikhail Murashko, Health Minister mentioned that hospitals are experiencing an overwhelming number of patients to the extent where local authorities have offered vaccinated retired healthcare professionals the option of returning to work.

Russia now holds the record of having the fifth highest pandemic deaths in the world – after the US, Brazil, India, and Mexico.

Colin Powell, the first Black US secretary of state died after complications from COVID-19. Several lawsuits have been made all over the US asking healthcare providers to administer ivermectin to COVID patients. Ivermectin – is a drug for parasites that have become heavily publicized by Conservative Health Commentator even though there are no evidence-based results that show its effectiveness in treating COVID-19. Medical professionals insist that Powell’s death is the anomaly amongst the fully vaccinated, not proof that the vaccine is ineffective. According to the Washington Post, the Pandemic will push U.S. mortality up through 2023. Mortality rates are expected to increase by 15% according to a report released by the trustees of the Social Security and Medicare programs.

Canada’s 4th COVID-wave is no longer growing, meaning cases could begin to decline in the coming months. With new rules being implemented, Canadians with Oxford-AstraZeneca Covid-19 vaccine can travel to the US as soon as next month. As Canada begins preparing for its upcoming flu season. The Yukon has officially announced a mandatory COVID-19 vaccine for a variety of workers.

Only 6 out of 7 COVID cases are being detected in Africa according to the World Health Organization (WHO). The UN plans on addressing this issue by increasing rapid diagnostic testing in several African countries with the goal of test 7 million people in the next year. South Africa will begin vaccinating children between the ages of 12-17 using the Pizer vaccine starting this week.

New Zealand Prime Minister, Jacinda Ardern has extended Auckland’s lockdown by 14 days after 60 new COVID cases were reported despite fully vaccinated hit 70%. Health care professionals have administered over 100,000 vaccines – a record for the country. New Zealand vaccinates 2.5% of its people in a day according to reuters.com The future looks promising for Kiwis despite the strict lockdown.

EU countries have stepped in to help Romania during their surge of COVID cases by sending vaccines and supplies. EU plans to boost the reach of Pfizer COVID-19 shot. A clinical trial conducted on over 2,000 children between the age of 5 and 11 years old found a strong immune response in patients. Despite children being less likely to experience a fatal form of COVID, they can still spread the illness to those who are.

Western Australia, South Australia, Queensland and Tasmania, and Northern Territory have recorded no new COVID cases meaning border reopens are on the horizon. New South Wales (NSW) has finally reached an 80% vaccination rate. Australia’s outbound international travel ban will be lifted on November 1. However, it should be noted that only Australian citizens, residents, and their families are allowed to leave Australia and return. Qantas said they would resume international flights in just 2 weeks. Qantas will offer up to 5 return flights per week from Sydney to London and 4 return flights from Sydney to Los Angeles.

Despite worldwide advancements in the administration of vaccines, the end of COVID-19 is still far away. Return to normal life may not occur until 2023, experts warn. 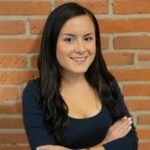 Alejandra is an international Journalist based Canada with focus on world affairs including Fussiness, Economy, Health and Politics.