The mission and vision of this joint effort is to make charging stations more accessible and affordable to Americans across the country. The first step in the plan is to build out the network where there are current gaps, such as in rural areas or more low-income areas.

In order to make this vision a success, the agencies are working with leaders in the industry, as well as manufacturers and other experts in the field to ensure that everything possible is being done.

As an effort to reduce emissions, the Bipartisan Infrastructure Law had been created. Its goal is to fund 500,000 new electrical vehicle charging stations and offers a total of $5 billion for all states who are working towards the same vision in mind – affordable and accessible electrical charging for everyone.

The electrical vehicle strategy implemented is supposed to combine sustainable sourcing with manufacturing of electrical charging parts. Some aspects of the strategy include domestic sourcing, as well as using recycled materials in the manufacturing process.

Many major car manufacturers are switching over to domestic sourcing and more sustainable avenues. Ford for example has signed a contract regarding sourcing recycled materials including lithium, as well as GM and Tesla. The Bipartisan Infrastructure Law has over $7 million in funds to distribute to those who are accelerating the process of battery recycling and other components of the battery supply chain.

A challenge right now is that during the pandemic supply chains across the world are being hit hard due to staff shortages etc. The automotive industry is one of the fields being impacted by this shortage especially hard. Recommendations were made by the Administration on how to implement a more sustainable and efficient supply chain when it comes to battery and other domestic automotive supplies.

As Trent Mell, CEO of Electra Battery Materials explains, “But unless we have nickel, unless we have precursor, unless we have recycling, we’re still gonna be shipping over to Korea, or Japan or China, to do the upgrading of all the different packs because today on the refining, side of minerals, China controls 80 percent of cobalt refining the battery grade cobalt, 90 percent of nickel and 100 percent of manganese.” 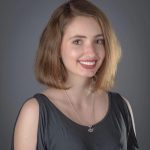 Maximiliane Smith is an american journalist based in Washington. She covers poltical and social news across the UK. She is An avid reader and writer with a passion for all things justice. She loves to discuss and write about sustainability, health, gender equality, and more. A graduate from UMBC with a Bachelor’s in Psychology,

Nuclear reactors placed in the fire of missile strikes… Good or bad idea?

How green is your ‘green’ energy tariff?