BRUSSELS: The European Union is facing mounting pressure to relax limits on airport  landing and take-off slots in order to reduce the “ghost flights” numbers that airlines use to keep their slots.

Carriers claim that the necessity to use their slots to 50% or lose them, down from 80% in the days before pandemic, is pushing them to operate half-empty or empty flights.

A slow return to air flying, as travellers shun the omicron variant of COVID and restrictions for passengers change rapidly, is extending the practise longer than expected.

Brussels Airlines, for example, has stated that it will be required to run 3,000 under-capacity flights until the end of March.

Georges Gilkinet, the transport minister of Belgium,  has written to the European Commission requesting that the slot regulations be relaxed, claiming that the effects are incompatible with the EU’s carbon-neutral goals.

The present lowered quotas were implemented in March of last year in response to the difficulties faced by airlines as COVID swept through Europe for the second year in a row, causing passenger numbers to plummet.

The commission announced in December that the 50% requirement would be lifted to 64% for this year’s summer flight season, which runs from April to November.

An International Air Transport Association (IATA) official told AFP that despite their pleas for additional flexibility at the time, the EU had approved a 50%-use rule for every winter flight schedule/frequency.  That has been manifestly impossible in the EU this winter, given the current situation.

Given the huge decline in passengers’ numbers and effects of omicron levels on crewing planned schedules, he said the commission needed to show greater “flexibility.”

However, a spokesperson of the commission, on Wednesday said that the EU executive was of the belief that the overall reduced demand of consumers was indeed reflected in a much-reduced rate of 50% in comparison to the typical 80%use rate rule. 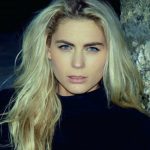 kristina sofia innemee Is European based journalist who spent considerable time in field of journalism and communication. Currently a professional basketball player in Portugal. Originally from The Netherlands but grew up in Australia. She graduated Broward College with a degree in Communications. She currently resides in Portugal and has spent three years in the journalism field.